The girl with dark hair was coming towards them across the field. With what seemed a single movement she tore off her clothes and flung them disdainfully aside. Her body was white and smooth, but it aroused no desire in him, indeed her barely looked at it. What overwhelmed him in that instant was admiration for the gesture with which she had thrown her clothes aside. With its grace and carelessness it seemed to annihilate a whole culture, a whole system of thought, as though Big Brother and the Party and the Thought Police could all be swept into nothingness by a single splendid movement of the arm. That too was a gesture belonging to the ancient time. 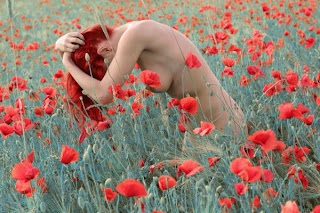 I'm right now reading the novel 1984 by George Orwell. This is probably a bad thing because I start writing finals tomorrow and I have found the story to be absolutely fascinating. The world that Orwell has created seems to be real, with a complete and compelling image of what life in an oppressive state is actually like. It is fascinating.

The story is often noted as a mirror to the oppressive state created by Stalin in Soviet Russia that allowed people in the West to more fully appreciate the freedoms that they have. I can't deny this assertion; I've not researched at all into Orwell's goals with the book at all. Based on what I have been learning about Russia under Stalin over the past 6 months though, I would struggle to argue with Orwell's all-encompassing depiction.

And yet, I come here offering a slightly different perspective.

On Friday night I went to the local gay club. Had a great time dancing with a lot of great people. Talking to some good people. Meeting a few people. And I saw things - incredible things. Like two people of the same gender dancing on the dance floor. Kissing with incredible passion - an intimacy that I would find only appropriate in privacy and that is startling in public. And, in the same way that Winston is not attracted to these memories because of their inherent sexuality, these memories from Friday night have a near-poetic importance to me.

They are a proud, strong stance in opposition to a society that has put a lot of pressure on them to conform. Every graceful movement on the dance floor is a musical line with the punch of The Time Are A-Changing. It speaks wonders not only for what that one person believes, but also about what they have experienced and are refusing to accept.

In particular I love watching my two friends dance together. Their relationship is not only inspiring because of its mere existence, but because of the intimacy that these two people share. It feels natural to watch them be together - and both of them are so comfortable with their existence that this kind of observation is possible.

There has been more than one scene in the three chapters that I have thus far read where I have thought of my own experience as a closeted gay person and my experience in releasing myself from the chains of shame. With the grace and carelessness of this relationship, it seems to annihilate a whole culture, a whole system of thought, as though heterosexism and the fundamentalists and the trials of history could all be swept into nothingness by a single splendid moment of love.

With my next post I'm going to prove that I am more than gay. Believe me.
Posted by canadianhumility at 5:56 PM 2 comments: Links to this post