I happen to be in town for the August long-weekend, having purchased tickets to the traveling Cirque de Soleil show, Allegria.

It was last night - and may have changed my life. I want to be so incredibly fit that I can make that kind of magic happen with my body.

It was so impressive that it wasn't arousing. And this show involved many-a-shirtless man...

But my observations are more focused on the events that followed. I decided, with my friends, that I needed to be reminded that it is "ok to be gay" while I was in town - just enough to carry me through the next month of sexual prison.

So, off to the Rainbow Bar we went.

And I found the experience hilarious - and enjoyable for its hilarity - but so thoroughly immoral and disturbing that I had lost any interest in being there well before the night was over or the alcohol had worn off.

First of all, I hate going into a bar and being eye-raped by every single gay man in the establishment - being judged for my height, the colour of my hair, the size of my eyes mouth feet arms legs, the hair that pops out of my shirt, the brand of the shirt. I hate that they would smile at me in a way that they would never smile at somebody who may appear less attractive than I - and that I would never be permitted to know people who think that I am not their "type".

I hate being labelled for my sexuality the moment I walk onto the dance floor. I am forced into a niche market, with a specific purpose for a specific group of other people who have also been forced into a small niche. This is the gay pride that has developed?

I hate 19-year-old boys who know me from the University, become clingy because they recognize me/know my name/want to explore my body. I hate them even more when they are drunk. I hate them most when they are accompanied by numerous straight women who are effectively cockblocking them from contact with any other men in the bar, except for those who have enough compassion to give him a chance to be gay in the gay bar.

I danced with one of those 19-year-old boys last night. He was pathetic, and it broke my heart.

And I didn't even enjoy the dancing. I wasn't actually into it - despite the partial arrousal (can you blame me? I've been living in Val Marie for several months now...). Here I am, the hopeless romantic, imagining that all the eroticism of dancing in a bar happens automatically, and instead of being into the moment when it happens (even with somebody that I'd rather it not be happening with), I'm trying to remember the french translations for the five species of snake that live in Grasslands National Park.

I needed something to entertain me I suppose.

The most fun I had was dancing with my friend's female ex-roomate. We two-stepped for a time period. It felt like a more agreeable form of dancing to me. There was a sensuality, a sway, playfulness - it wasn't about getting as close as possible and feeling somebody else's penis rubbing against your leg. It was about the form, the pattern, the classic-ness.

I wish courting didn't have to involve going to the gay bar...
Posted by canadianhumility at 10:22 PM 3 comments: Links to this post 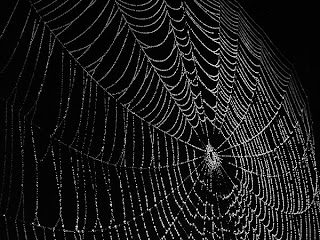 Hatred produces a web of fear.

My friend’s wedding is next weekend. This is the friend for whom I am acting as the Master’s of Ceremony.

Yesterday, a friend of mine happened to come over for a bit. She and I have been friends since she was in kindergarten, so for about 17 years. My guess is that this friend is bisexual - she dabbles with temptation towards women, but can't imagine life without men. I can't imagine that kind of sexual torment.

She knows Brittany from Church - much the same way that I know Brittany. The two of them are a year younger than I, and ended up going to the same school for post-secondary education for a couple years. My friend became quite emotionally attached (perhaps even dependent) to Brittany - a dangerous thing to be; though it must be said that the two were never actually good friends.

Brittany is too conservative. My friend (Jen), is too liberal. They are both vocal, and both stubborn.

While she was over, Jen told me a story about a boy she was attracted to in her first year. He happened to be bisexual. Jen, rightfully, did not care - though, perhaps one could say that she should not have become so infatuated with him. Though, when Jen told Brittany of her attraction towards a self-professed bisexual man, Brittany condemned Jen for having been attracted to a creature with such twisted sexual desires (even though they would only account for a percentage of those desires).

Jen learned very quickly to stop talking about her love interests with Brittany.

That is part two of the web this venomous friend of mine has constructed.
Posted by canadianhumility at 10:11 PM 2 comments: Links to this post